NEW PLAY AT THE TOTTI THEATRE

What is Finland like? What are people saying? Apparently, it’s quite a peculiar country. That’s what some people are saying.

The World Happiness Report claims that Finland is the world’s happiest country. Can that be true? The Finns are not modest, humble and unhappy?

Sophia (Dawn Jani Birley) comes from Brazil to Finland to learn about the local lifestyle through
Simo (Jarl Hanhikoski), a traditional Finnish man. Ryan (Lee Robertson), an American who has lived in Finland for ten years, serves as her guide and is eager to express his views. Sophia also meets some of Simo’s relatives – quiet relatives.

Simo has a crush on Sophia and hopes that she will move to Finland. Will his feelings be
reciprocated?

Sophia’s grandparents were Finnish, but that’s about all she knows. Her mother told her very little about her grandparents.

Is someone hiding a secret? Or were her grandparents just quiet Finns?

Sophia is fascinated by diversity and new experiences. She feels that she will learn something
important in Finland – that she will find an answer, even though she isn’t quite sure what the
question is.

Culture clashes and misunderstandings cannot be avoided, but will Sophia eventually find an
explanation for her inner feelings?

The play will be performed in Finnish Sign Language and interpreted into spoken language. 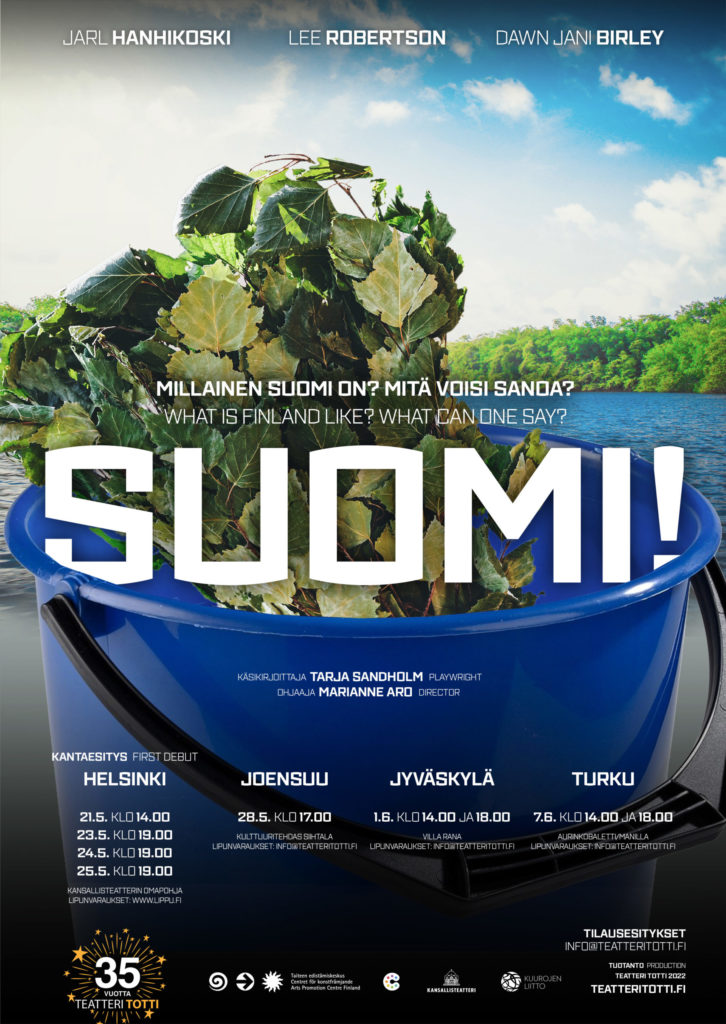